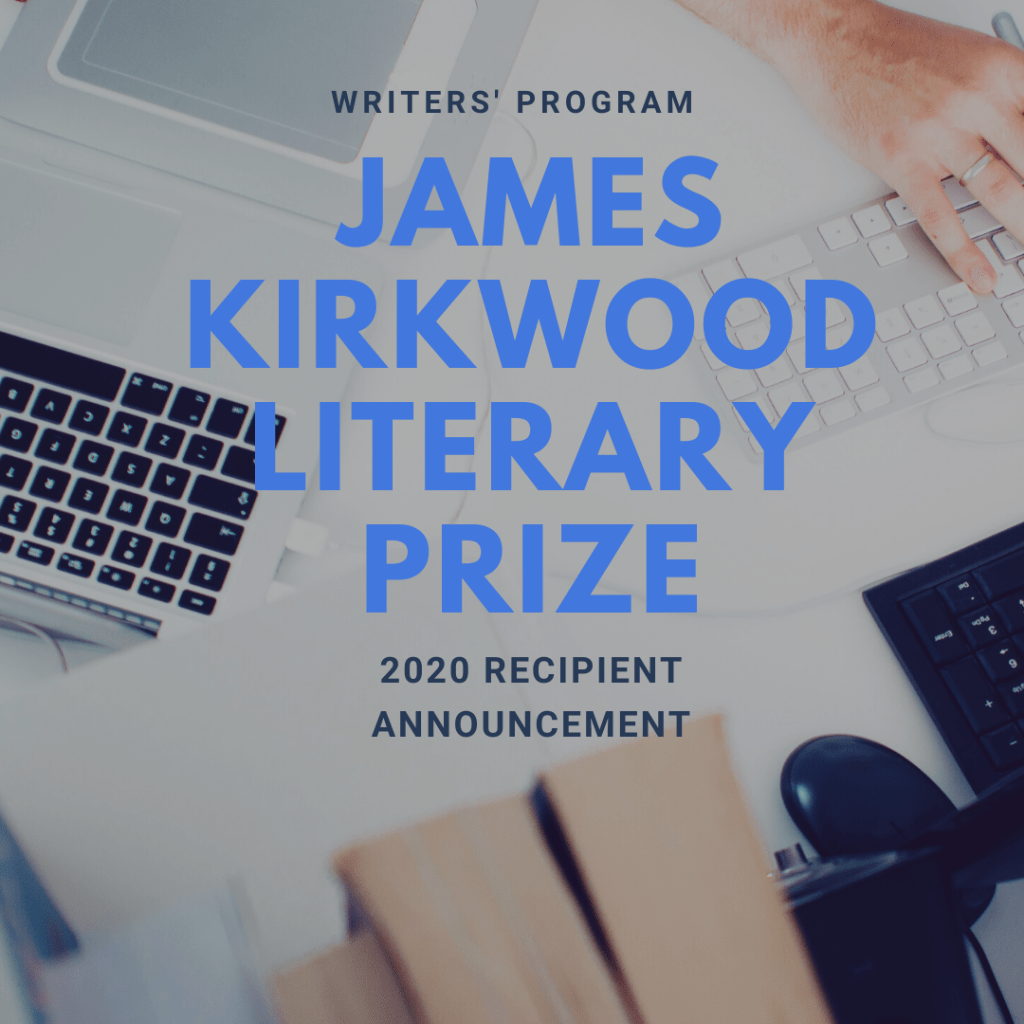 Although 2020 didn’t allow for in-person gatherings, we want to honor the recipients of the 2020 James Kirkwood Literary Prize. The James Kirkwood Literary Prize is named for the late Pulitzer Prize and Tony Award-winning author James Kirkwood, one of the Writers’ Program’s most illustrious students. Each year, instructors who have taught intermediate and advanced-level fiction courses are invited to nominate outstanding students who are then asked to submit 10-20 pages for consideration. The semi-finalists and finalists are determined by selected Writers’ Program instructors, and the winner is determined by Andrew Morse, the prize’s benefactor. All awardees receive a cash prize.

The top three awardees this year were nominated by instructors Trebor Healey, Robert Eversz, and Ben Loory. This year’s first round judges were Tobi Harper, Adam McOmber, Liska Jacobs, and Carlos Allende. The final judge panel was Jennifer Chukwu, Sehba Sarwar, and Elizabeth Silver who narrowed down all finalists to three, and Andrew decided the order of 1st, 2nd, and 3rd place.

Below are thoughts from this year’s awardees on their Writers’ Program experiences so far and how receiving this prize will help their writing career. 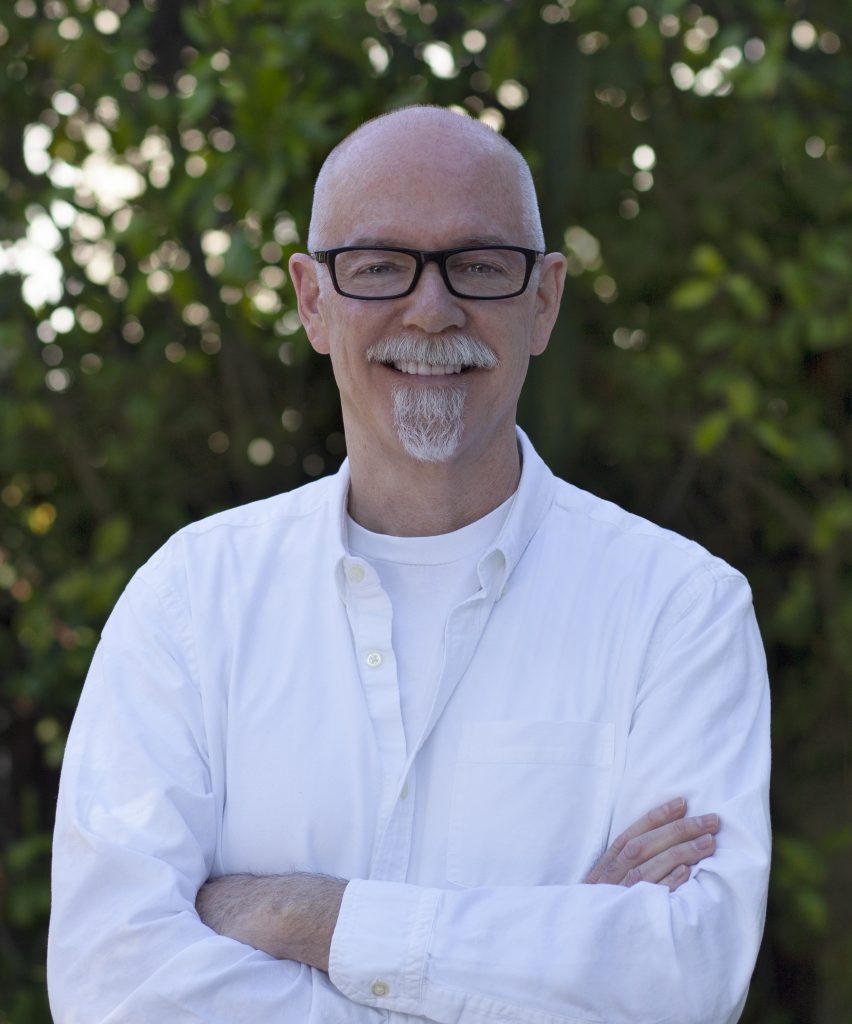 I started classes with the Writers’ Program a little over a year ago and have been taking classes ever since. I began with Memoir I taught by Eileen Cronin, then Gay Mens’ Writing Workshop with Trebor Healey (my nominator for the Kirkwood Prize), followed by Novel I, Novel II and currently, Novel III, all taught by Adam McOmber. All three teachers have been excellent, the instruction rigorous and the environment nurturing. The method of class and teacher critiquing I find invaluable. I should also say that my fellow classmates have been, on the whole, serious and generous in their desire to improve everyone’s writing.
The James Kirkwood Literary Prize has been extremely important to me. The generous amount of the prize allowed me to buy a badly needed computer and still have money left over for future needs. Perhaps just as important, is the validation I feel I’ve received by this prize. As an emerging writer, I have been getting good responses from my class, which is gratifying, but to have my work judged anonymously, by more established writers is a real shot in the arm. It gives me the confidence to keep at it and makes me think, maybe I do have something to say! 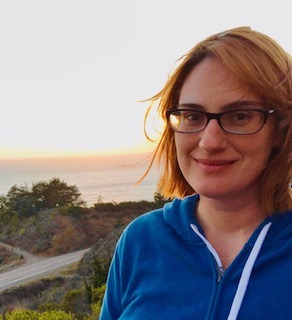 I’ve taken four courses with the Writers’ Program so far, all of which have been in writing fiction. The classes I’ve taken have all had wonderful instructors and introduced me to some great authors that I had never heard of before. The classes have both gotten me writing and helped me to improve my writing. One of my favorite parts of the classes I’ve taken has been reading the work of my fellow students and meeting so many interesting people who also want to write fiction.
I’m very grateful to be a Prize recipient and it has motivated me to continue making time for my writing, no matter how busy my life might be. I was nominated for the Kirkwood Prize before, but this is the first time I’ve been a recipient, so winning has been very encouraging on a personal level. It has been a great reminder to keep trying and not give up on my writing. 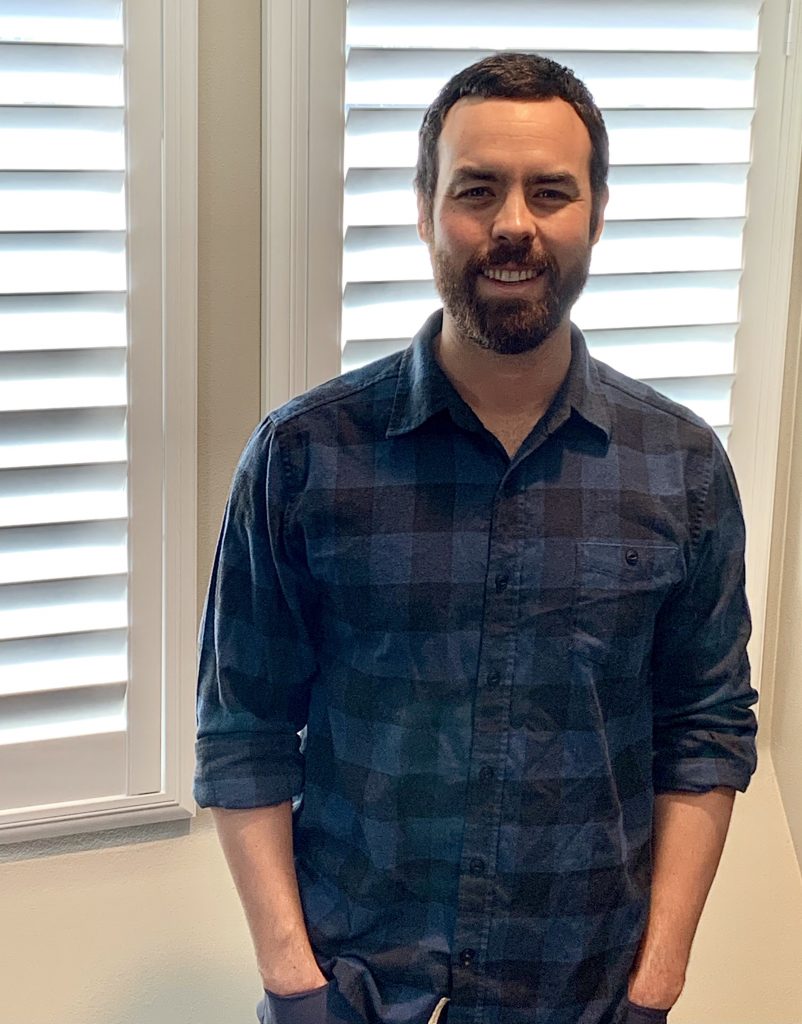 Daniel McClary:
A few years ago, I had a story in my head and not the first idea how to put it down on paper. The Writers’ Program helped me tell that story and, in the process, realize two fundamental benefits — a structured format in which to study craft, and an engaging community of fellow writers and instructors whose stories, discussions, and feedback have challenged me and helped me grow.
Being recognized with this award is an incredible honor. Writing is largely an individual pursuit, so the most fulfilling aspect of this process has been seeing the story and characters, who’ve become so important to me, embraced by readers.