Certificate alumna Cassie Friedman recently experienced the thrill of having a new show released on a major network. Cassie sat down with us to talk a bit about the experience of developing a reality/game show, and how her experiences as a writer and Writers’ Program student helped prepare her. 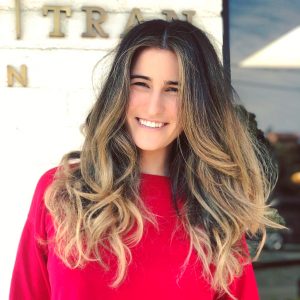 Writers’ Program: Can you tell us a bit about your current project?
Cassie Friedman: My current project is a mystery trivia game show that premiered on ABC in January–The Hustler, hosted by Craig Ferguson. My title on the show is Senior Development Producer, though I wore many hats. I developed the gameplay, pitched the show to networks, sold it to ABC, cast contestants, wrote trivia questions and produced season one, which  airs Thursdays nights at 10pm on ABC.

WP: What was your path from being a student in the Writers’ Program to working on The Hustler?
CF: I completed two certificates concurrently at the UCLA Extension in 2014 & 2015 – Film & TV Development, as well as Feature Film Writing. In both programs, I learned a lot about storytelling, as well as the entertainment business. And I networked a ton, both with instructors and fellow students. I also had two years of experience producing live TV from when I worked for Global News in Toronto, producing several newscasts and talk shows (this was before I attended UCLA Extension).
I felt confident in my resume, but I lucked out getting my first TV development producer job by applying online. That first entertainment job in LA happened to be at Studio Lambert, where I worked for more than three years, and in that role I developed and produced The Hustler.

WP: What’s it like developing and producing a reality/game show?
CF: The best way to develop a game show is to test it repeatedly. Even if it’s just a simple version with family and friends in your living room, you need to watch the game unfold to see what works and what doesn’t. And what’s great is you’ll get feedback from actual players in real time. From there, you can change up the gameplay and test it other ways, perhaps with a different number of contestants, different types of questions, new twists or different time limits. So developing a game show takes patience and creativity.

WP: How does your writing experience influence the decisions you make in this current role?
CF: Even though I primarily work in unscripted television, I am constantly writing and telling stories. One of my primary jobs is to write and produce thrilling pitch materials, like treatments, presentation decks or sizzle reels. These are all teasers of what a show could be, but if the network execs aren’t captivated by the pitch, the show will never see the light of day. Whether I’m writing a pitch or producing a show segment, it’s really all about telling a captivating story. 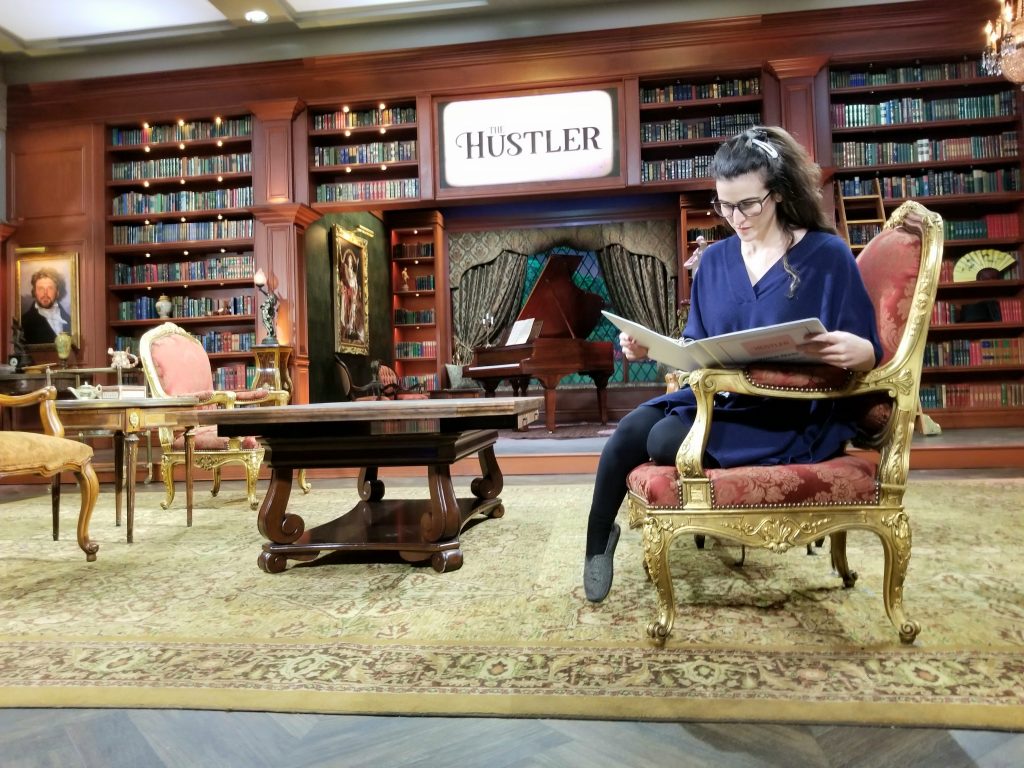 WP: Are there any specific lessons, words of wisdom, and/or instructors from the Writers’ Program that have helped you professionally?
CF: Several Writing & Entertainment instructors helped me professionally. Joanne Moore connected me with my first internship in Los Angeles. Kelly Kiernan has been an incredible professional role model, as well as a friend.
And I learned so much about great storytelling from several instructors. I wrote my first screenplay during Laurence Rosenthal‘s screenwriting classes, which was a huge achievement for me. He taught me to beat out story outlines, a skill I use in my writing and in show development. Karl Iglesias‘ dialogue class opened my eyes to what makes a character pop. And Margaret Oberman’s comedy writing class has been incredibly useful when I’m writing up a TV show pitch deck or casting sheet–her lessons always pop into my head when I’m writing, like how a character drives a scene or with parodies, take whatever you’re parodying and go bigger!

WP: What advice would you give to someone who “just wants to write” but also wants to work in television?
CF: My advice to those starting out in the industry is to try different roles, especially when you’re getting started! I took an improv class as one of my Extension electives and it totally helped my writing skills. I always tell assistants getting started in development to work some production gigs if they can — production experience helps you develop great shows. And sometimes you don’t know where you want to be until you’ve worked a few different positions.
Eventually, you should try to focus more. But I don’t think that means you should limit yourself to one position – for example, only ever directing or editing. I edit, write, cast, do graphic design – developing more skills has expanded my resume and opened me up to more types of producing roles.
If you want to write and produce, or DP and paint, or whatever creative interests you have – pursue them! Currently, I’m participating in The Artist’s Way by Julia Cameron. It’s a book and 12-week course about taking a spiritual path to being more creative. It’s helping me prioritize writing, as well as producing. As long as you don’t feel like you’re taking on too much, I think having a few projects on the go, especially in entertainment, is a great way to explore your creativity and get ahead in this business.

Thanks to Cassie for taking the time to chat with us. Look for more feature interviews on students and alumni coming soon!