Taking a Page Out of Dickens’ Book

Despite being the book-lover that I am, for years I was unable to rouse up the courage to pick up one of those hefty classics by Charles Dickens. I’d heard horror stories—sentences that go on for pages and scenes that never end—but I’d also heard plenty of praise, which made me want to know what all the fuss was about. After (finally) finishing my first novel by Dickens, David Copperfield, I can say that the apprehension, while warranted, is not altogether deserved. I found the novel extremely engaging, and that is why I’m here today—to dissect some of the biggest writing takeaways I learned while reading Dickens. After all, he’s got to be considered one of the great masters of prose for a reason, right? 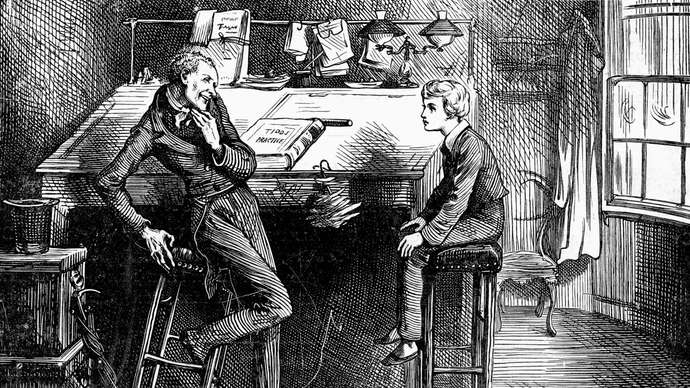 Let the Characters Do The Talking
The first thing that I was struck by was Dickens’ sense of humor. His descriptions of characters are often wry and satirical and they tend to focus on a few very telling details. He likes to let his characters do the work: rather than saying “Mr. Chillip looked confused,” Dickens says, “Mr. Chillip laid his head a little more on one side and looked at my aunt like an amiable bird.” Really, what could be more specific, more a picture of confusion, than the image of the man cocking his head to one side like an ‘amiable bird’? With that being said, if you really want your writing to resemble Dickens,’ you could try developing physical tics or repetitive phrases—slogans even—to achieve the effect of his humorously cartoonish characters. Dickens employed this method to make sure his audience was able to differentiate his large casts in novels that were published serially, one installment at a time. He needed a way to make each character memorable and distinct in the mind of the reader, which is why they end up seeming less-than-realistic but larger-than-life. Though this method is pretty outdated given the capabilities of the modern print industry, it might still prove to be a useful exercise in crafting characters that leave an impression in the reader’s mind. 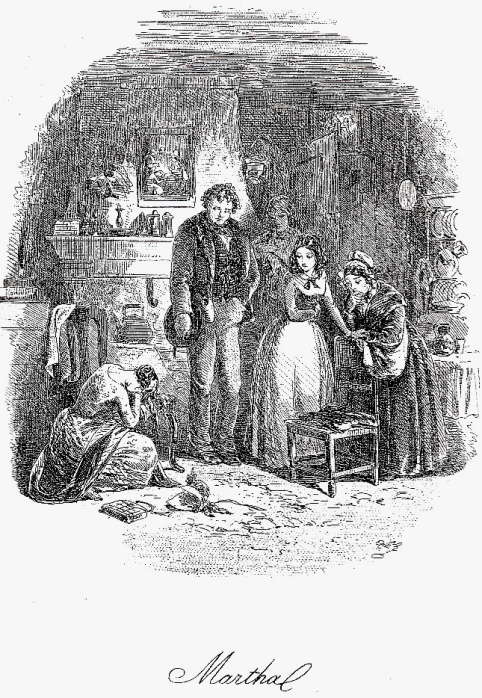 I think one of the most signature Dickensian writing moves is the long, drawn-out setting description. Whether it’s a dreary evening navigating through the hustle and bustle of London’s Fleet Street or an idyllic summer’s day in the English countryside, Dickens likes to paint a picture. Even the insides of buildings or houses are treated like works of art deserving of richly-constructed commentary. This is a pretty typical sentence of setting description, which utilizes several similes and a multitude of clauses:  “All the angles and corners, and carvings and mouldings, and quaint little panes of glass, and quainter little windows, though as old as the hills, were as pure as any snow that ever fell upon the hills.” Dickens is not afraid to linger upon minutiae that may seem inconsequential. It’s all a part of the realist writer’s objective: to create a world that seems to live and breathe on its own. A world that is so complete, that you, as the reader, feel like you’re existing within it. I’m of the opinion that it’s better to go overboard on the first go-round, in other words, make your first draft as expansive and descriptive as possible, and then cut back during the revision process. So let loose, and don’t be afraid to use lots of sensory details!

Write What You Know
Several of Dickens’ novels are highly autobiographical: David Copperfield in particular, which follows the maturation of an English boy destined to become a successful writer (sound familiar?), but Great Expectations also falls into this category. Dickens’ preferred method seemed to be taking aspects of his childhood memories and adult experiences and fictionalizing them, crafting them to the narrative at hand. For example, in his adult life, Dickens worked to rehabilitate sex workers and so-called “fallen women,” who were disgraced from society. In his novels, he incorporated storylines involving these types of women, often modeled after his real-life acquaintances, and made them very sympathetic characters, furthering his agenda of social progression. As the old adage goes, write what you know. Even if you’re writing genre fiction or fantasy, try to utilize specifics from your personal experiences to lend an extra layer of credibility and—dare I say it—realism to your project. Even if you’re just taking one scene, one image, one conversation from your real life and adapting it to the world you’re writing about, I guarantee it will make for sharper, more vivid prose. Investigate: as you go out into the world each day, maintain a mindset of curiosity. Write down conversations you overhear, images that strike you, exchanges that you have, people that you might like to describe. Life is full of the best kinds of raw material, if you are observant. 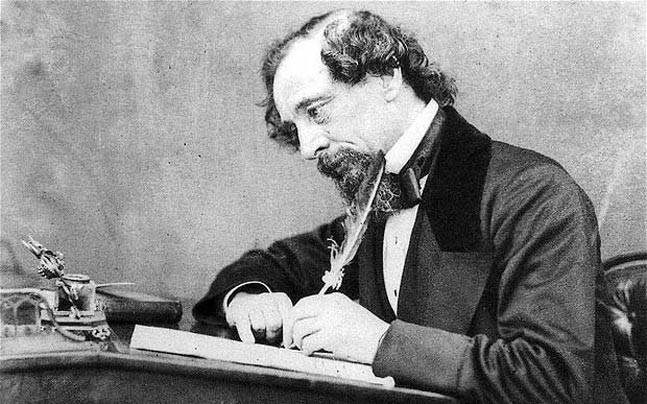 Dickens had ten children—seriously, ten! And despite the fact that he quickly became one of the most popular novelists of his time, he was always feeling the pressure to provide for his family and simply put food on the table. He did not have the time or the luxury to wait until inspiration struck. Instead, he stuck to a very regimented writing schedule in order to make steady progress on his manuscripts. Because many of his early works were serialized, as I mentioned earlier, he was having to produce a new chunk of his novel each month. When he acquired All The Year Round, a periodical literary magazine, he was pushed to publish his novels in weekly increments—even more pressure! He dealt with that looming deadline by establishing a stringent daily routine, which involved waking up early, taking walks around London, and most importantly, writing. Setting up reliable measures of accountability, for instance, working with a mentor, swapping work with a friend or writing group, or even just sending updates to a family member, might help to keep you motivated and productive. For me, this has been the #1 game-changer as far as getting stuff done; I went from writing whenever I feel like it—AKA never, to the first draft of my novel is almost done! in just under one year, and it’s all thanks to those handy measures of accountability.

Hopefully, by taking a page out of Dickens’ book, we can all learn a few of his tricks for achieving literary success!

Noemi VanSlyke is a fourth year student at the University of California, Los Angeles. She is studying English Literature with a concentration in Creative Writing and she is one of two work studies at UCLA Extension’s Writers’ Program.