Welcome new Writers’ Program instructor Tony Camerino! Tony is teaching a section of One-Hour TV I (Reg# 381266) in our Remote Instruction format, with live Zoom class meetings on Mondays at 7pm PT this Summer. He sat down with us to offer some insight into creative life and his upcoming course. 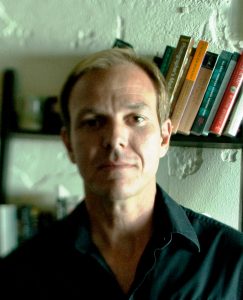 What sparks your creativity?

I’m most inspired by true stories, especially those in the military or spy genre. As they say, truth is stranger than fiction. I’m also inspired by the opportunity to inform or educate an audience about an issue. For example, I wrote my first book (How to Break a Terrorist) in order to educate the public about interrogations and the war in Iraq. I’ve also written about interrogations while staffed on a few television shows in order to do the same.

What do you rely on for those times it’s difficult to find the time, energy, motivation and/or inspiration to write?
I think back to those works that influenced my own life — books, movies, television shows, and/or music. I also think about those times people have told me that my book or an episode of television that I wrote moved them emotionally. The ability to move people and make them consider an alternative point of view is a gift, and it’s inspiring to think that you can use that skill to educate and inform an audience. Of course, it’s also just fun to entertain.

What’s your favorite book and/or movie?
My favorite book is The Razor’s Edge by W. Somerset Maughaum, but a close second is Pearl S. Buck’s The Good Earth. I’ve read both several times. The former I enjoy because it’s about a veteran returning home from war and having big questions about life, something I can relate to as a combat veteran. The latter I enjoy because it’s a terrific depiction of the cycle of the human condition, from poverty to wealth and back again. My other favorite book is a non-fiction work called The Great Game by Peter Hopkirk about the 150 year spy war between Britain and Russia in Central Asia. It’s full of adventures and tales of political intrigue that could apply just as much today.

My favorite movie is Casablanca because of the moral dilemma it presents — the obligation to a greater cause versus self-interest. My favorite television series are Band of Brothers, for its depiction of camaraderie, and Lost, for its discussion of dueling leadership styles.

What excites you most about teaching for the Writers’ Program?
I took several classes in the UCLA Extension Entertainment Studies program using the GI Bill when I first moved to Los Angeles ten years ago. They were invaluable in writing an original pilot and a spec script, and in terms of understanding and breaking into the business. Two classes in particular, a television writing class and a feature writing class, still influence my writing today. I still refer back to the lessons from those classes. I’m excited to share my knowledge with my students and pay back the benefits of the education that I received at UCLA.

What do you hope your students get from your course(s)?
I hope they achieve an understanding of Hollywood in addition to writing skills because the hardest lesson to learn about breaking into this business is the idea that screenwriting is a profession — just like medicine, law, or aviation. They all take years of study, continuous learning, and practice to become proficient and achieve success. Lots of people have great ideas for stories, but professional writers have the ability to turn a story into an engaging screenplay, and that takes tremendous skill.

Thank you to Tony for taking time to share with us. Look for more instructor interviews coming soon!