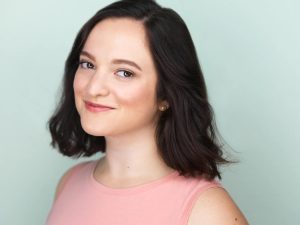 Current Television Writing Certificate Student Monica Furman’s spec script recently had some festival success, thanks in part to our classes.

Monica says, “After developing my spec episode (“Parsnip and Old Rubber” for Mom) in Half Hour I and II under Tom Pinchuk, the script was officially selected into the Portland Comedy Film Festival. It was definitely the combination of Tom’s teaching style and his encouragement of peer-to-peer feedback that helped skyrocket my script to success. Having instructors that are currently working as writers helps me understand current trends and writing styles.”
In addition, the script is also a nominee for Best Comedy Teleplay.

Congratulations, Monica! If you have a success story, we want to hear about it! Click here.