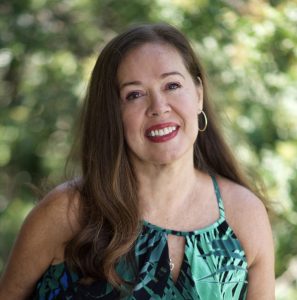 Of her experience in the Writers’ Program, and career following, she says, “I remember my first class with the generous and gifted Barbara Abercrombie. Years later, on my schedule, I’d earn a Certificate in Fiction from UCLA Extension and I’m now the author of Isabela’s Island, Curse of the Ninth, nominated for a James Kirkwood Literary Prize, and Agave Blues, from which an excerpt, A Good Tabernero Listens, is nominated for the Pushcart Prize. I am currently working on a sequel And Still Her Voice. My poetry and short stories can be found in various publications, including Shark Reef, The Coiled Serpent Anthology, So To Speak, Detour Ahead, What They Leave Behind: A Latinx Anthology, Silver Birch Press, and Slow Lightning: Impractical Poetry. During my courses at UCLA Extension, quite a few instructors have remained part of my journey and continue to light the trail for me, i.e., Lynn Hightower, Jessica Barksdale Inclan, liz gonzalez, Suzanne Lummis. Some of my peers have become close friends as well and I look back fondly on the years I spent learning the craft of writing.”

Congratulations, Ruthie! If you have a success story, we want to hear about it! Click here.