Work studies are an integral part of the Writers’ Program team. They provide a lot of program support by assisting staff with various administrative, event, and social media tasks. We’re excited to introduce our newest work study Lupita!

Writers’ Program: Lupita, tell us about yourself!
Lupita: I’m proud to represent the Bay Area! Growing up in East Side San Jose, I’m grateful to have had the opportunity to become more intellectually and culturally aware of my Latino heritage. Staying true to my Mexican roots, a trait I learned to sincerely value as a thank you to my parents’ sacrifices, I spent a majority of my childhood playing the violin and performing with a local mariachi group. 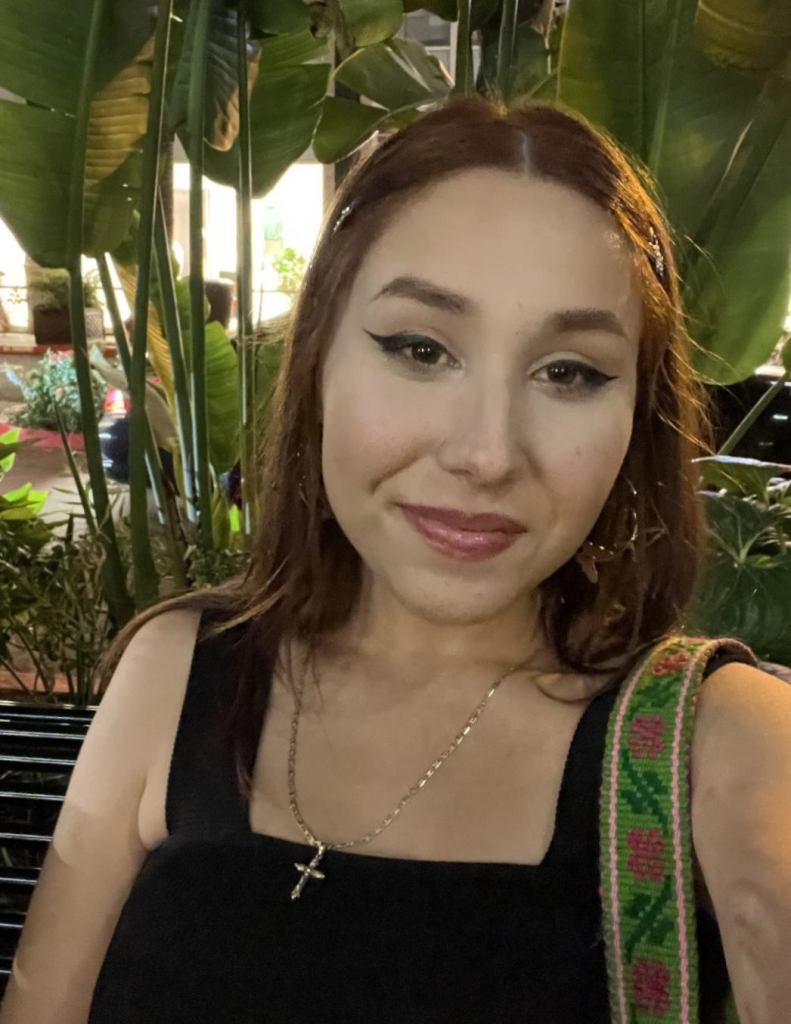 At 10 years old, my interest in music later expanded into learning the alto saxophone in my elementary school band and taking free ballet classes at a local community center, which later turned into being a part of a symphonic orchestra and dancing in a professional ballet studio. Surrounded by so much creativity, it is of no surprise I eventually came to learn about the wonders of literature and writing. I’ve had the privilege of professionally publishing three news articles with The Mercury News, a Bay Area newspaper. The more financially irresponsible hobbies of mine include frequently going to the cinema, shopping, and going out to eat more than I should!

What’s a fun fact that most people don’t know about you?
Although I don’t necessarily keep this a secret, I love playing volleyball! I was on the Varsity team for my last two years in high school. I was benched for the first year but nobody needs to know that part! I enjoy playing with friends and I find it to be a great stress reliever, although my knees and forearms probably disagree. Another fun fact is that I love thrifting clothes and collecting earrings!

If you were trapped on a deserted island, what 3 works of literature would you take with you?
The first books to come to mind are Pachinko, A Woman is No Man and Aristotle and Dante Discover the Secrets of the Universe! I definitely would not choose anything too philosophical or antiquated because then I would spend my time having an existential crisis. Given my book choices, perhaps it would be a good thing to be on a deserted island as nobody would hear me crying! I would like to give the honorable mention title to In Cold Blood!

Are you a writer? If yes, what are you currently writing?
I like to consider myself a writer despite currently not having the time to tap into my artistic and creative capabilities. Not too sure if this counts, but I am currently writing a paper analyzing the intersectionality and relationship between film and disabilities, where I aim to expand on how physical and mental disabilities have been exploited within the film industry and its socio-political implications. I enjoy writing about topics that bring awareness to issues I find important, which is one of the main reasons I was drawn to writing in the first place.

What excites you most about working in the Writers’ Program?
For almost my entire life, I was told that there is no money to be made and no work to be found with creative jobs. Finally being in an environment where creativity is celebrated and encouraged, I have never felt more motivated to acknowledge my passion for writing rather than hiding it. Being surrounded by all sorts of professional writers is an incredible inspiration and I am so thankful to work with people who are so funny and kind.