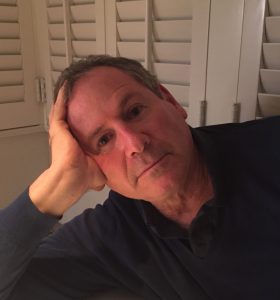 TV writer/exec producer and WGA member, whose credits include The Tonight Show, Wild Card, St. Elsewhere, and Moonlighting. Mr. Steinberg was the creator/exec producer for Combat Hospital and exec producer on Boston Public. He has worked on 10 ensemble dramas as a writer/producer.

I’ll let you in on a little secret: writing for television is hard. In fact, to do it well is pretty much impossible. Until it isn’t.

Of course, story is key. It’s always key. But what I hope to be teaching you – how to write the ever-popular ensemble drama pilot – doesn’t just have one story but a minimum of four. And, oddly enough, this format seems to work.

But building a story structure for a Godzilla-like thing requires some serious thinking. You have to approach the monster stealthily. As in, what is the subject matter? Will there be an audience for such ideas? What are the networks looking for? And oddly enough, where and how do you start?

Sure, having a theme helps. So does having interesting characters — who do and don’t know themselves. Also, an arena with an engine is often beneficial. That’s why there are so many cop, lawyer and medical shows – they’re life and death stories; they move; they have stakes; they’re compelling; their ticking clocks keep you on the edge of your seat.

But keeping, say, 8 characters in play ain’t easy. It gets complicated. You have to create a rhythm. After all, these people have axes to grind and bills to pay. Sure, you want to love them, but they have personal problems, too. Emotional ticks. Conflicts with one another and themselves. They tend to rail at authority and question God. Oh, and they have flaws. Lots of flaws. And even better, secrets.

By using examples – from episodes I have written, from scripts of yesteryear, from the hit shows on tv today – we’ll analyze how an ensemble series is born. We’ll break ‘em down, unearth some tricks of the trade, use my never-failed-me-once checklist, and figure out how to reach dramatic moments that will make your episodes “sing.”

In short, I will teach you how to take a gaggle of human beings, throw ‘em into a boiling caldron, stir ‘em around, and watch neat things happen.

Writing for tv is a craft. Sometimes it reaches being art. But before anything, it’s all about craft. I’ve done it. A lot. And it would be an honor to teach you what I’ve learned.