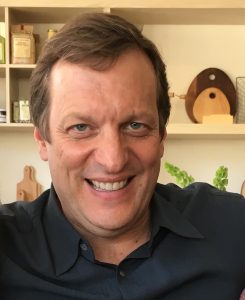 WGA and Emmy award nominated television writer, Executive Producer and showrunner of many shows including Heroes, The Following, The Goldbergs, Quantico and Proven Innocent. Mr. Armus has also co-created, executive produced and showrun American Odyssey for NBC. His writing and producing credits include Zoey’s Extraordinary Playlist, Heroes Reborn, The Practice and many other programs. He’s written several TV movies and mini-series for the Hallmark Channel, animated shows, programs for foreign markets, and pilots for many Hollywood studios.

Creating content for television is an exhilarating process. It starts with inspiration, a great idea, and then hard work and discipline to make a fantastic, producible script. I want to show you how it’s done — starting with the way you think about story, what inspires you to write, and what makes a great idea for television. Next, we’ll talk about structure, plot, scene work, dialogue, themes and that little extra something that makes your script special. We’ll discuss how to sell your inspiration to an ever-changing marketplace. As a showrunner for many television shows, I’ll bring my expertise in television to every class. We’ll discuss what it’s like to work collaboratively in a writer’s room and talk about bolstering your relationships with studios and networks. We’ll also discuss marketing, pitching and selling your work and how to survive in the entertainment business. I’ll provide examples of great works and invite the voices of other professionals who have achieved success in the industry. I intend to make my class an inclusive space and an exhilarating process as well.