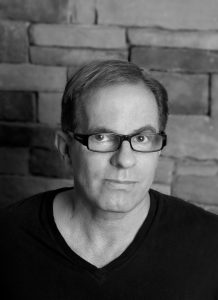 Screenwriter/producer and WGA member whose feature credits include the Netflix movie Brazen (starring Alyssa Milano), Queen Bees (starring Ellen Burstyn), Milton’s Secret (starring Donald Sutherland), Shackles (Sony), and Dim Sum Funeral (HBO). Mr. Martin has over 60 produced movies, mini-series and series for television, work that has won awards around the world. Also, he is nominated for the 2022 Humanitas Prize for his screenplay Queen Bees and currently developing a series for Prodigy Pictures.

We all love good stories and sharing them. In another era, we’d be writing books. Today, it’s film and television. I share with my students my passion for storytelling and my experience in screenwriting. I write for the big and the small screen, a line that’s becoming increasingly blurred in this exciting new market place. I believe that every good story requires a solid foundation. I help my students build such a foundation with specific tools to ignite their imagination. Once the foundation and fundamentals are strong, then inspiration can take a writer anywhere. For me, understanding and articulating the heart of the story is key, the reason why a story must be told. With my experience as a screenwriter, as a producer, as a script consultant and an instructor, I help guide my students in finding the path through which their creativity can shine, be it for the silver screen, the TV screen, or an iPhone. This is an industry built on relationships. That is why I invite guest speakers, so my students can interact with top professionals and begin to forge such relationships. Making a movie or a TV series is a collaborative process that begins with a really good story. That is what I do, and that is what I teach.