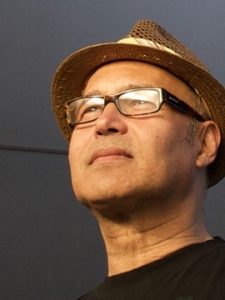 Eduardo Santiago, author of Midnight Rumba and Tomorrow They Will Kiss, which was an Edmund White Debut Fiction Award finalist. Mr. Santiago’s short stories have appeared in ZYZZYVA, Slow Trains, The Caribbean Writer, and his nonfiction has appeared in the Los Angeles Times, The Advocate, and Out Traveler Magazine. He has taught creative writing for fifteen years, most recently at Idyllwild Arts Academy. The feature film of his screenplay, Proof Sheet, co-written with Richard Kilroy, is scheduled for a 2021 release.

Dozens of people have approached me at parties saying, “I have a great idea for a book. Maybe you can write it for me.” My response is always, “No thank you, I have my own books to write.” This writing business, the hunkering down to spin a yarn, is what we work on in my workshops. We invest in the stuff that happens after that heady first blast of inspiration. So let’s say you have this great concept.Now we need to create a protagonist strong enough to carry it. You need a journey interesting enough to keep the reader reading, and, whether it’s a love story or a horror story, an antagonist who is going to keep your reader’s heart thumping. In my workshops, students acquire the tools that lead to great story telling and the support to safely access the deepest recesses of