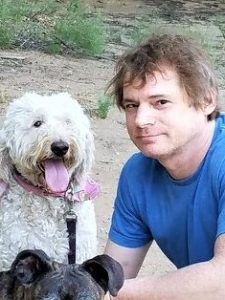 Screenwriter/producer and WGA member, whose television credits include Liv & Maddie, Married with Children, Abby, Gary & Mike, among many others. Mr. Abrams co-wrote the feature film Crocodile Dundee in Los Angeles and has sold pilots to Fox, NBC, CBS and UPN.

Writing can be very intimidating. Most people have never written anything longer than a few pages and yet a screenplay is about 110 and a teleplay in the mid 40’s range. So, how do I make it less intimidating? By breaking it down into smaller pieces so that it’s not quite so scary and when those pieces are assembled, we have a screenplay. All of us, whether we realize it or not, have been telling stories our entire lives. That’s all a screenplay is: a story with a beginning, middle and end. In class, my goal is to demystify the process and make it less scary so that we can all get on with the business of getting our stories out there while having some fun in the process.