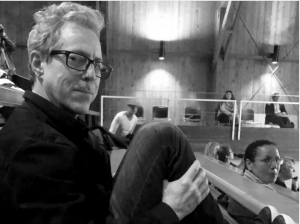 MFA, Emmy award-winning writer; WGA member, who co-created The Ben Stiller Show. Mr. Kahn’s credits include All-American Girl, Dilbert, and Drawn Together.  He has an overall TV writing deal with Sony and Castle Rock and written pilots for all the major networks, The Disney Channel, F/X, and Comedy Central.

Writing is the process where intuition and inspiration meet craft and discipline. You bring the former, and I’ll show you how extensive outlining, detailed character development, grounded plot structure, and consistent tone can transform your vision into a fully realized story. Practicing, and in time mastering, these skills, you’ll be able to take on all genres of television scriptwriting: sitcom, single-camera, or hour-drama. It’s hard work and it’s totally worth it. Let’s make it happen.