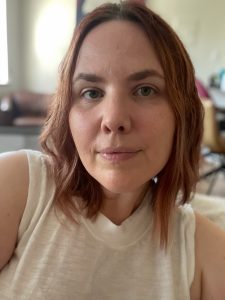 Screenwriter/producer, WGA Member, whose television credits include Jane the Virgin and New Girl. Joni Lefkowitz co-created the series Chasing Life, which aired for two seasons on ABC Family. In addition, she also co-wrote and produced the feature film Life Partners, which premiered at the Tribeca Film Festival.

As a closeted teen in the 90’s, I turned to television characters for comfort. It meant a great deal to me that I wasn’t alone in what I was feeling, and that is what drives me as a professional writer. To tell stories that make people feel seen is deeply meaningful, and I want to help you mine your personal backstory to create characters that resonate with an audience. Having worked with a writing partner and on television staffs, I believe in the power of collaboration, and will encourage my class to utilize each other for accountability and feedback. In addition, I want to prepare you for what you can expect while developing a pitch for a television show. As introverted as writers tend to be, there is a performance element attached to getting work in Hollywood, so I will offer guidance to help you find your voice both on and off the page.