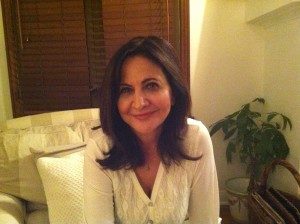 Emmy-nominated television writer-producer; WGA member who is the co-creator of the BBC series Too Much Sun and has sold numerous pilots to ABC, CBS, HBO, and Nick at Nite. Mrs. Oberman’s credits also include Saturday Night Live, Army Wives, and the Eddie Murphy Special, and her screenplays include Troop Beverly Hills and The Man, featuring Samuel L. Jackson.

Whatever I may be teaching, when it comes to writing I encourage students to find and be true to their own voice. To find what really resonates personally for them, whether it makes them laugh or cry and write that. When teaching comedy writing, whether it is half hour pilot writing, sketch comedy writing or feature screenplay writing, yes it is all about character, story and structure. But, if the characters are weak and the jokes not funny, it won’t fly. The key is to get everything working at a very high level at the same time. Not an easy task. And in this case, humor is key. I believe in order to teach comedy or write it, there has got to be laughter involved. So my hope is to engage my students enough so that they will learn more, become better writers and laugh a lot along the way.

“I learned a ton of great techniques, received helpful feedback and grew overall as a comedy writer in Margaret’s class.” – Writers’ Program Student