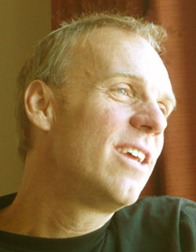 Director whose feature film credits include Rhythm Thief (Jury Prize, Sundance Film Festival), Kicked in the Head (executive producer Martin Scorsese), Spare Me, and The Deep and Dreamless Sleep, and whose television directing credits include Sex and the City, Popular, and Dead Last. Mr. Harrison is a recipient of the UCLA Extension Outstanding Instructor of the Year Award in Directing.

When I teach film writing, I try to do two things: See and Scheme. This may sound like a sunscreen product, but it’s not. First, I try to see your idea through your eyes. I adjust feedback to each person’s individual vision. It’s my job to create a place where we can all understand your idea and offer constructive feedback. Second, I try to scheme with you, or plan. As I’ve had the opportunity to direct my screenplays for both independent features and studio features, I’ve learned what goes into a movie. Using simple production guidelines, we can improve the chances of your script being filmed. After all, we’re writing screenplays so we can see them made into movies. I believe we’re living in a time we can all see our dreams made into film.

“Matt Harrison is one of the greatest teachers I have ever had. His knowledge of film, screenplay crafting and storytelling, coupled with the feedback and insight he offered to every classmate, has been indispensable. ” — Writers’ Program Student