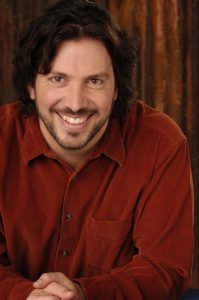 Executive producer/screenwriter; WGA member, who is currently an EP on HBO Max’s Titans. He co-created the TV series Miracles and The Gates for ABC. Mr. Hatem has also written/produced episodes including Supernatural, Grimm, The Dead Zone, Witches of East End, Once Upon A Time In Wonderland, Damien, Dead of Summer, Second Chance, No Tomorrow. He executive produced Syfy’s mini-series event The Lost Room and his feature credits include Under Siege 2: Dark Territory and The Mothman Prophecies.  In addition, he is a contributing author to Inside the Room (Gotham Books/Penguin).

Among writers, one thing is agreed: endings are hard. But for most writers, both new and experienced, the corollary is even more true: beginnings are hard. For some, the prospect of beginning a script feels like setting out to walk across the Sahara Desert—“you just can’t get there from here.” Not true. You can get there. My job is to help each writer break their journey down into single, achievable footsteps, one after the other, that will allow them to navigate the shifting dunes of narrative and help them avoid the shimmering mirages of over-stretched metaphors like this one. De-mystifying the process is essential, and I love demonstrating to students that the “magic” isn’t out there somewhere in the ethers. It’s in your hands and it always has been. All that remains to be seen is: what will you do with it?

“Richard’s enthusiasm is palpable. He is a born teacher, and the students respond with great questions and involvement. I was beyond satisfied, would highly recommend! ” — Writers’ Program Student

Watch an interview with Richard about screenwriting: