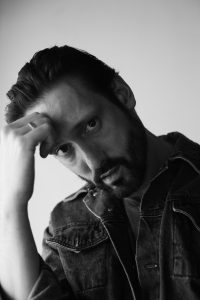 Screenwriter/director/producer; SAG member, who has worked for a decade in independent narrative film. His feature, Son of the Sunshine (Slamdance), was nominated for a Genie Award (Canadian Oscar). His other credits include In the Beginning was Water and Sky for PBS and AmeriKa (Berlinale/INPUT TV).

I believe that writing is a magical journey of discovery into the unknown. It is an act of generosity, vulnerability, and courage where nothing is what it seems and the idea you began with is never the story you end with. Ultimately, good writing is born out of rewriting, requiring dedication and persistence. It is an active exploration where writers are called upon to wrestle in the dark with their narrative and emerge transformed and enlightened on the other side. As an instructor, it is my job to stand beside my students while they work to find their own unique voices and identify the subjects and themes that matter most to them. By exploring structure, technique, and the fundamental nature of the screenplay, I help my students craft compelling narratives that keep readers turning the page and get their screenplays sold.