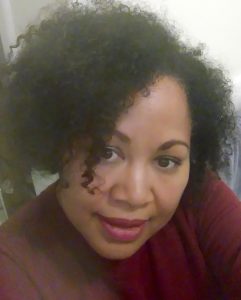 Television writer, screenwriter, producer, and WGA member whose credits include The Parkers, Tyler Perry’s House of Payne, and That’s So Raven. Ms. Jackson is also a writing instructor for Kids In The Spotlight, a non-profit organization that teaches youths in foster care the entertainment industry. Her short film Dark Chocolate won Best Dramatic Short at the IFS.

Have you ever watched a movie or TV show that was so disappointing you wondered how it was even made? Maybe after leaving the theater you thought, I could’ve written something better than that. Well, instead of talking about it, WRITE IT. Where most people get stuck is that they have a good concept, but what is the STORY? No matter if you’re writing for screen or television, it is a visual form of media. Every action, character and dialogue has to be on the page. In my class I encourage you to allow your imagination flow and think beyond what was done before as you develop those storylines and characters. I will give you the tools to get pass a “good idea” and actually develop the concept into a fully cohesive story with a beginning, middle and end, which then can be formatted into a script.