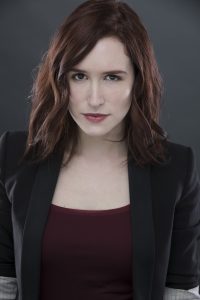 Screenwriter/director/actress and WGA member, who wrote, directed, and starred in the feature film Lola’s Last Letter. Ms. Brandy has written for both the Disney Channel and Denver and Delilah Productions. She currently serves as a full-time staff writer for Disney’s live-action feature department.

Screenwriting is hard to do,
but stick with me,
and I’ll help you!
We’ll work on structure,
It’s the best,
And always comes,
Before the rest.
I’m quirky, strange, and very fun,
If whimsy’s not your game then run!
But don’t be fooled,
You’ll learn it all,
No question is too big or small.
I’m not a human sorting hat,
So even if this poem falls flat,
Rest assured, you’re in good hands,
For I am one who understands,
The world of writing— every part—
Arcs and subtext, lots of heart.
From studios to indie fare,
I’ve done it all; I’ve been there!
I have much wisdom to impart,
So come and join us…
… feed your art. 🙂