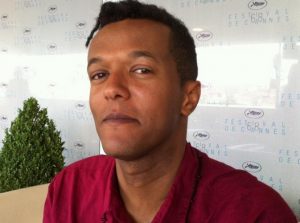 Writer/director, whose first feature, Lamb, was screened in the Un Certain Regard section of the Cannes Film Festival in 2015 and was the first Ethiopian film in the “Official Selection”. The North American premier was at the Toronto International Film Festival. Mr. Zeleke was featured among Variety magazine’s 2015 “10 Screenwriters to Watch”. Lamb made the shortlist for the 2016 Oscar’s Best Foreign Language Film Award. Mr. Zeleke’s was awarded a Rockefeller Foundation Fellowship and a San Francisco Film Society grant for his second feature script, Sunbirds, and he is a Sundance Institute mentee through its FilmTwo Initiative.

My happy childhood in the Ethiopian highlands during the 80s was most influenced by my grandmother whose fables were as famous as her coffee ceremonies—she comes from Kaffa, after all, the original land of the beloved bean.

As an immigrant gay teen in the 90s U.S. I escaped longing for my homeland by the films of Kubrick (2001), Lumet (Network), and Ozu (Tokyo Story), to name a few.

I spent my early adulthood working for NGOs from Norway to Namibia. But storytelling kept tugging at me before I went to NYU for my MFA and premiered my first feature at Cannes Film Festival—the first to be officially selected from my country of origin.

We all have stories to tell. What’s yours?