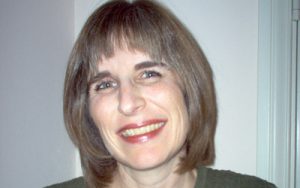 As most writing workshop students know, the MFA program at UC Irvine is notoriously difficult to get into. With graduates like Michael Chabon, Alice Sebold, and Aimee Bender, it’s no wonder that the program inspires awe, intrigue, and perhaps some fear in potential applicants. Word on the street is that they accept fewer than ten students a year. The Writers’ Program is very happy then to announce that one of those students this year is our 2008 Kirkwood Literary Prize winner Janet Hilliard Osborn. Congratulations, Janet!

How did she do it? Of course, we know she’s an excellent writer and really that’s why UCI accepted her. We also know that she excelled in her online Writers’ Program workshop with instructor David Borofka. But how did she approach the application process? Let’s find out in this insightful Q&A.

Writers’ Program: Where are you going? When?

WP: What was the application process like? How did you end up choosing that school?

Janet: The application process was fairly involved. The UC Irvine application was one of the first I completed, and it seemed to take forever! With repetition the process becomes easier, though. Even though I only applied to a few programs, the time commitment was substantial.

UC Irvine was my first choice. I was delighted when they offered me a spot.

WP: Why is now the right time for you?

Janet: I’m not sure there’s ever going to be perfect time for me to do something like this; that’s probably true of most people. My advice to writers contemplating this step in their careers is this: if it’s what you want, go for it, even if there are obstacles. This is the right time.

WP: How did your Writers’ Program workshop prepare you for graduate school?

Janet: UCLA Extension is where I learned how a writing workshop functions. The Writers’ Program allows you to experience this in a low-stress, highly supportive environment.

WP: What would you say is the most valuable aspect of your Writers’ Program workshop?

Janet: I can’t say enough about what the workshop did for me. It allowed me the privilege of reading the work of other gifted writers, and provided valuable insight in to my own work. Most importantly, it gave me the confidence to finish my undergraduate degree and apply to MFA programs.

WP: What do you look forward to most about the coming experience? What do you hope to achieve through it?

Janet: After years of deferment, I plan to spend the next few years prioritizing my writing, and feel that the rigor of the program, and the support of faculty and classmates, will go a long way toward making that a reality. A fully committed life as a writer: that’s what I hope to achieve, and what I’m looking forward to most.

Writers’ Program instructor David Borofka, who nominated Janet for the Kirkwood Prize she won in ’08, tells her story like this:

“As a writer applying to MFA programs, Janet has travelled something of a circuitous route. She’s raised a family, and she returned to school after many years in order to finish her bachelor’s degree. While she’s been away from traditional academia, it’s also clear when one reads her work that she hasn’t been wasting her time; her fiction is incredibly well-crafted and insightful regarding character. Maybe more unusual is the fact that she’s unafraid to take on historical eras and experiences not her own. She does her research, but then she manages to imagine those other times, other places, other sensibilities with the confidence of a cat burglar. Second, she is acutely aware of the way in which culture and community discriminate explicitly and implicitly based on class and gender and education, and as a result, her characters are often left to discover the inherent unfairness of life, the ways in which some are favored while others are not. I can imagine that in the slush pile of application manuscripts, Janet’s work stands out for all of these reasons, just as it did when she won the Kirkwood Prize two years ago. That she’s entering the Irvine program, one of the most respected programs in the country, is a wonderful validation of the quality of her writing and vision.”