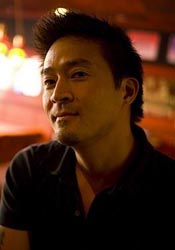 A top 10 semi-finalist from our 2010 UCLA Extension Screenplay Competition for Allegiance, Mat Nguyen recently took the script to the “Battle of the Pitches,” a contest sponsored by FOX Diversity and hosted by The ID Film Festival, a new Asian Pacific American Film Festival. Each contestant pitched their screenplay in a timed, 2-minute presentation in front of three judges and a full theater audience. The judges called Allegiance passionate, engaging, and powerfully worded. The prize for winning the “Battle”: pitch meetings with development executives at FOX 2000 and FOX Searchlight. “I recently completed my meetings,” says Mat, “and the development executive at FOX Searchlight has asked for a copy of the script!”

“I had a GREAT experience in the Writers’ Program. I couldn’t have written my screenplay without the knowledge I gained from the program. It was valuable not only for the expert teachings of credited screenwriters, but it also provided opportunities to network, collaborate with other filmmakers, and support one another.”