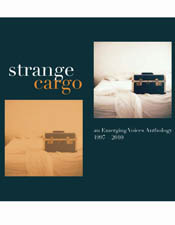 Says Laurie: “I have been a student of Eve Caram, as well as Christopher Meeks, Mary Yukari Waters, and Gary Glickman. I am grateful for their wisdom and generosity. Anna and I were PEN Rosenthal Fellows in 2006, and we have continued our writing group since then!”

Kudos to Laurie, Anna, and all of the other PEN Center Emerging Voices writers!