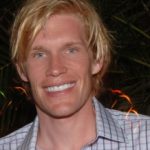 Austen Earl and his writing partner won $25,000, a pilot deal at Fox, and representation at CAA, with a script developed in a Writers’ Program course and subsequently entered into the Fox pilot contest at the NY Television Festival. The script, Red Delicious, is about an overweight Philadelphia kid who decides it’s time to escape the neighborhood where he’s being tormented.

Austen has taken a number of classes with the Writers’ Program and he had especially high praise for two instructors in particular.

“Alan Kirschenbaum’s TV Rewriting Workshop is without a doubt the most intense, grueling, and overwhelmingly productive seminar I’ve ever been a part of. Alan has been a successful TV writer/creator/showrunner for over 25 years and there isn’t a price high enough that you could place on the notes he will give your script. It’s amazing to me that UCLA Extension can offer this sort of talent for such a manageable price.”

Congratulations, Austen! We look forward to seeing your work on screen.