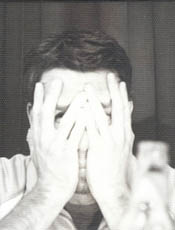 Student Josh Denslow’s short story, “Proximity,” which was a semi-finalist for the 2009 Writers’ Program Kirkwood Literary Prize, will be published in A cappella Zoo. The story follows Neil Brigman, an unambitious man who doesn’t have a job, lives over the garage at his mom’s house, and hates his mom’s new boyfriend. His special strength? He can teleport. When Neil’s mom asks him to move out, he uses his power to sabotage her new relationship.

Josh workshopped “Proximity” in fiction classes with instructors Lou Mathews and David Borofka, whom he says were both instrumental in the creation of the story, as well as encouraging him to send it out. When it comes to his advice on the submission process, he shares:

“Keep submitting, no matter what. I felt confident in “Proximity” and I had the support of two wonderful instructors, but it was rejected over a 100 times before it found a home. If you aren’t pushing yourself to succeed, nobody else will either.”