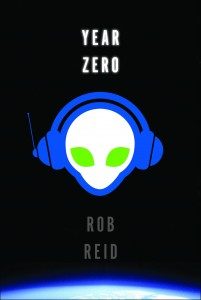 Year Zero, as Rob describes, is the story of a “vast alien society that’s so into American pop music that it accidentally commits the biggest copyright infringement since the Big Bang, thereby bankrupting the entire universe.”

Rob says, “Year Zero was profoundly impacted by the input that I received from Lynn Hightower through the Novel Mentorship program. As I said in the book’s Acknowledgments page, ‘I spent several months restructuring my story with Lynn as a mentor, coach, and taskmaster, and the results were transformative.’”

Congratulations, Rob! We’re excited for you.