Congratulations to the 2013 Screenwriting Competition Semifinalists! 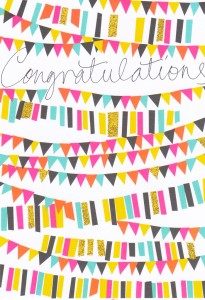 The Writers’ Program would like to officially congratulate the semifinalists selected in each category of our 2013 Screenwriting and Television Writing Competitions. This year, a record number of students submitted the feature length scripts, television specs, and television pilots they developed in Writers’ Program courses. Afterwards, each entry endured several rounds of anonymous judging by a select group of instructors. For the final round, each group of ten semifinalists will be narrowed down to three finalists in each category, and from there, they will compete for 1st, 2nd, and 3rd place prizes ($1,000, $500 and $250 respectively); a guaranteed read by an agent, producer, and/or creative executive; and a one-on-one script consultation (a $700 value) with a professional screenwriter prior to the final judging. The top three winners in each category will be announced in The Hollywood Reporter, and their names and loglines will be sent to more than 1,000 entertainment industry executives. A list of semifinalists and their loglines are also kept on file and made available to executives upon request.

Without further delay, here are this year’s semifinalists (in alphabetical order):

Hamilton Mitchell for “Game On” (Comedy)

Barbara Stepansky for “Sugar In My Veins” (Drama)

Grete Heinemann for “The King of Valleywood” (One-Hour Pilot)

Julie Wong for “Ana In Between” (One-Hour Pilot)