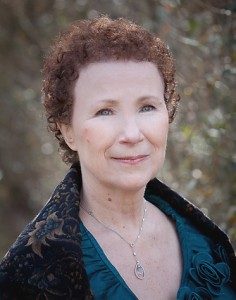 Online instructor Rochelle Jewel Shapiro has had a big year. Last December, she published her second novel, Kaylee’s Ghost, about a psychic grandmother caught between her modern, matter-of-fact daughter, and her granddaughter who just might be psychic. Kirkus called it “an intriguing mix of family drama and contemporary fantasy,” and it was a finalist in the 2013 Indie Book Awards. Then, in August, she published I Dare You To Write, a series of essays on writing. She has also published recently in Green Hills Literary Lantern and Crack the Spine Literary Magazine.

“I think of myself as a constant learner rather than ‘the expert.’ Each time I face the blank screen, I’m a beginner again. One of the great things about teaching at the Writers’ Program is that instructors can take courses. It’s humbling and helps me remember what it’s like to have to turn assignments in on time. I also love the feedback of fellow students as well as the instructor. One of the poems I recently published grew out of a poem that I began in Kimberly Burwick’s class. Keep writing and destiny will take care of the rest.”