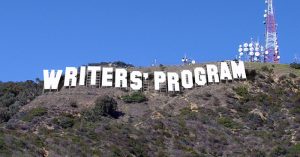 After several rounds of judging by Writers’ Program instructors, the top 3 finalists in each of the 3 categories of the 2014 UCLA Extension Screenwriting Competition have been decided! These 9 talented writers now move on to the next phase of the competition in which they’ll spend 2 months revising and polishing their scripts with the guidance of a Writers’ Program instructor/mentor.

In October, the finalists’ scripts will face a final round of judging by an agent, producer, and/or creative executive who will determine the 1st, 2nd, and 3rd place winners in each category. Winners will receive a cash award, will be included in an ad in The Hollywood Reporter, and their names and loglines will be sent to more than 1,000 entertainment industry executives. Read on for an alphabetical list of the finalists and their loglines.

When an unhappy underachiever signs up for a mysterious study, she gets to experience what her life would have been like had she made different choices.

A naïve immigrant girl working in the brutal sweatshops of 1911 NYC is forced to choose between a life of comfort and justice for her friends in the aftermath of a tragic factory fire.

When an advertising executive fakes cancer in a moment of desperation in order to land his firm a client, he finds his life oddly turned upside down — for the better — as people think he’s dying.

Disgraced Washington strategist Dave Feldman takes the only job he can get–advising a third-party congressional campaign in Minnesota–but when it turns out his boss is a meth kingpin, Dave becomes a reluctant DEA informant.

When life hands you lemons you’re supposed to make lemonade, but what if everyone else has already moved on to champagne and Johnny Walker Black? A couple entering their 30s is surrounded by successful friends while still struggling to find a boost over the fence from Loserville to AdultTown, or at least ComfortablyMakingRentBurg.

A charismatic Imam runs a terrorist cell from his community outreach center whilst managing his growing criminal empire and the demands of family.

After being denied the chance to serve on jury duty, Leslie turns the parks department into a courtroom to defend Jerry in a mock trial.

While the BAU team is working in Anaheim, Will informs them that J.J. has been abducted from their family vacation at Disneyland. With J.J. a perfect fit in their UnSub’s victimology, Hotch and his team must work even faster to identify and catch the killer before one of their own becomes the next dead body.

When a man is murdered as a result of being wrongfully deported, Alicia and Will take the U.S. government to court.

Finally, we acknowledge those semi-finalists whose scripts bubbled to the top of some very tall stacks of scripts to make it into the top 10 in each category. While these writers will not advance in the competition, their names and loglines will be kept on file in the Writers’ Program and will be made available to industry executives upon request. We encourage all of these talented writers to continue writing and submitting their scripts to the UCLA Extension Screenwriting Competition.

Darlene Inkster – Beyond the Shadows (Eco-Thriller)

Christopher Parman – Mike and Molly: “Love Ya, Miss Ya, Bye”

Gabriel Posey – The Walking Dead: “A Day At The Mall”

For information on how you can qualify for the 2015 competitions in feature film writing, television pilot writing, and television spec writing, or to read success stories of our previous winners, go here. To talk to a screenwriting advisor, call (310) 825-9415.