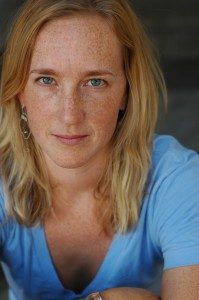 Writers’ Program instructor Edan Lepucki’s debut novel, California, has quickly become one of the most preordered debut titles from Hachette Book Group and is the #1 bestseller on Powell’s Books bestseller list. California, about a couple who flees a post-apocalyptic Los Angeles for a life of survivalism in the wilderness, rose to the top of the charts after Stephen Colbert urged his viewers and Twitter followers to preorder California from independent booksellers in response to a dispute with Amazon. Edan’s agent is currently in negotiations over the film rights, and her rise to literary stardom was recently chronicled in the New York Times.

What does Edan have to say about her rocket-ride to success? “I am totally amazed and grateful for all the attention my book has received. It’s way beyond anything I’ve ever imagined! I do wish, too, that the dispute would end as I know other Hachette authors are suffering.”

Edan teaches an annual weekend course for the Writers’ Program. To find out when she will teach next, contact us at writers@uclaextension.edu.