The Halfway Mark of 2016 Celebrating Our Student Successes

The midpoint of 2016 seems like the perfect time for the Writers’ Program to reflect on how fortunate we are to have students from all walks of life turn their passion projects into life-changing works of art. Thanks to our talented writers and wise instructors, our well of success stories keeps overflowing. To celebrate our students, we post weekly Success Stories because we know the journey to being a published and/or produced writer is a long, tumultuous road. Here are a few additional successes that we’re proud of. 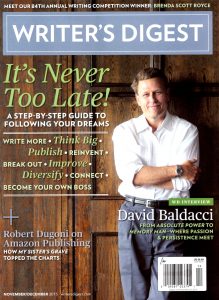 If you’re a writer, you’re a writer – whether you take screenwriting or novel classes – and that especially rings true for Brenda Scott Royce. In her “Writing the First Screenplay” course with the late Ron Suppa, she had no idea that his writing tips would help her snag the win for her short story “Alphabet Games.” She says she still carries the notebook she used in that course and “refers back to it whenever I’m stuck, reminding myself of Ron’s advice to not write what would happen next, but write the most interesting, dramatic thing that could possibly happen.” Writer’s Digest posted an article about her in their November/December 2015 issue and “Alphabet Games” is published in their 84th Annual Writing Competition Collection.

Christina Strain: Staff Writer on Syfy’s The Magicians
Our rockstar instructors are the ones to thank when it comes to our student successes. Christina Strain joined the second season of The Magicians and tributes her new writing job to her instructor Joel Thompson. “I wanted to tell [Joel] thank you for everything [he] taught me in my two classes with [him]. It was invaluable and The Fox Sister is the script that got me the meeting and the job so if it weren’t for [him], I wouldn’t be here right now. Thank you for everything, Joel!” 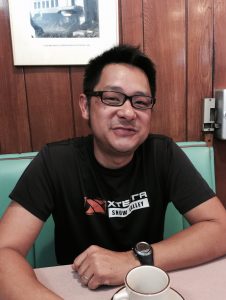 Peter Hsu: Making Waves with His Asian Diaspora Story
Peter Hsu, who was recently accepted by Pinball Lit Journal for their fall issue, joined the growing movement in the Asian American community of writers, making his mark with “A Penny Short” in The Margins, which is the editorial platform for the Asian American Writers’ Workshop. He attributes his success to his amazing experience with the Writers’ Program. He especially thanked Mike Buckley, who was the first to view his draft of “A Penny Short” and “taught [him] that, as a writer, you need to be a great reader.”

Elena Song: The Fairytale Beginning as a Screenwriter
Featuring Disney star Sofia Carson (Descendants), A Cinderella Story: If the Shoe Fits, will be written by former HBO marketing executive and former Writers’ Program student Elena Song. Elena won 1st place in our 14th annual Diane Thomas Screenwriting Awards. And she’s definitely not the only WP Competition winner to have her fairy tale ending! Click here to read what other former winners are up to now. 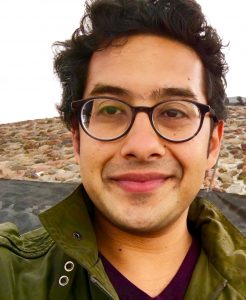 Aatif Rashid and Kate Kaplan: Published Stories Written in Classes with Lou Mathews
Aatif Rashid published his short story “The Janissary,” set in the 16th century Ottoman Empire, in the latest edition of The Massachusetts Review. Aatif wrote the story during Lou Mathews‘ Advanced Short Story Class. “Both Lou and the workshop were, of course, an immense help.” Another one of Lou’s students, Kate Kaplan, published her short stories in The Tampa Review, Ascent, and The Manhattanville Review. 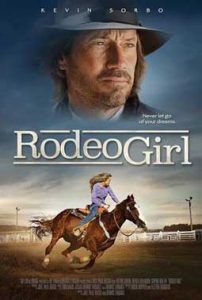 Tricia Hopper: Rodeo Girl Championed by Instructor Beverly Gray
Our instructors are known to be our students’ greatest advocates, and Beverly Gray is no exception. Gray wrote a blog entry about Tricia Hopper who co-wrote the movie Rodeo Girl featuring Kevin Sorbo and Sophie Bolen. Gray writes, “She’s just finished her first novel, and a hotshot agent wants a look. If the book is successful and Hollywood wants to turn it into a movie, she’ll insist that a gig as its screenwriter will be part of her deal.” We’re rooting for you, Tricia!

We hope these success stories motivate you to keep writing. Who knows? Maybe we’ll feature your story next!

Phoebe Lim is the Program Assistant for Creative Writing (Onsite). Contact her at 310-825-9416 or plim@uclaextension.edu.