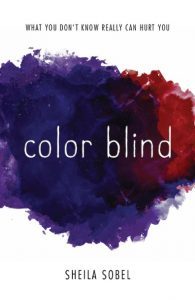 Longtime Writers’ Program student Sheila Sobel’s debut YA novel Color Blind will be published by Merit Press October 1st. Sheila calls Color Blind, set in New Orleans, “a fast-paced story of race, religion and self-awareness, with a little Voodoo thrown in for a bit of a spooky/scary twist.”

Sheila has taken a number of courses with Laurel van der Linde, who has a “tough love” reputation and the student publications to show for it. “It is nearly impossible to reduce to two sentences the value or the impact that the UCLA Extension Writers’ Program and Laurel Van der Linde have had on my writing. Perhaps it is enough to say that I am the second student of Laurel’s to be published in 2016.”