This past weekend, the Entertainment Studies program held their fifth annual FilmFest celebrating student filmmakers. Like most film festivals, this was originally planned as an in-person event with film screenings, panels, and a networking party, however the transition to a virtual festival kept the intent and spirit of this celebration of films intact. Of the sixteen films selected for the festival, several were written by current and former Writers’ Program students. Read on for some of their thoughts on the filmmaking experience and how our classes helped them in crafting their films.

Sarah Clift: I’ve taken a number of courses over the years with UCLA Extension, and I’ve found it really invaluable because I never went to film school. When you’re not on set you need assistance, guidance, and mentoring and UCLA (Extension) has been a really great base for me for that. You’re constantly picking things up in different lessons. Best motto is never stop learning, right?

Neil Stevens: UCLA Extension has so many different types of classes and all that helps shape how you tell stories. It’s been a huge help and a huge resource because I didn’t attend a regular four-year film school. It gives you a lot of flexibility to take classes when you want to. It all helps your voice as a storyteller.

Nicole Nequinto: I was only really able to hit my stride through UCLA Extension classes. “Still Trying” was written in my Screenwriting class with Larry Wilson and that was one of my very first classes when I moved to LA. That was the feature script that I was working on for my screenwriting certificate. It was through those teachers that I was able to change so much and get to where it (the script) is today, tonally, emotionally, and just writing-wise, just through so many workshops, classes, and discussions with teachers I was able to find out what it was and what it wasn’t—since I was so torn about it in the beginning.

Julia Lederer: I took the one-hour pilot writing class and I picked it because I usually write comedy and I wanted to do the most challenging thing. It was great to get to read so many other peoples’ work, because a big part of it was reading other peoples’ work and commenting. In that class I got a bunch of people that I didn’t know reacting to my work and that I think is interesting and cool and gives you a much broader perspective on what you’re trying to say and if you’re saying it effectively.

Enrique Diaz: I’ve met people who have worked on big-budget major feature films at my classes at UCLA Extension, some of the instructors I’ve met I’m still friends with, actually some of the instructors I’ve met at UCLA—I’ve been a part of their films and they’ve been a part of mine in some capacity or another, so I think just the networking opportunities are tremendous and needless to say the education that I got there was an outstanding foundation for me to learn.

Danda Russo: UCLA (Extension) was everything. It was essential in our project. It would not have happened without teachers that we had without the colleagues that worked with us, the contacts that we made. Everybody we met at UCLA was highly knowledgeable and committed to making things happen and not wasting time so that made all the difference. We’re super grateful for everybody that worked with us and taught us and helped us because it would not have been possible without them.

Natasha Lewin: I could not be where I am today without UCLA Extension. I had never written a screenplay before, and I was also 35 when I moved to Los Angeles, so I was late in the game, and I knew I needed to learn… While I was there, I ended up getting hired as a personal writer’s assistant to the then head writer of The Walking Dead because I started applying to short script contests and winning. I knew I was on the right path and that I could be a great storyteller, so I couldn’t do it without UCLA Extension. I went back and learned how to write pilots, and now I have two pilots that are optioned and another screenplay that’s optioned as well.

D.J. Hayes: I took Writing the First Screenplay I, and really that information helped with other projects that I’ve started, because it gives you those building blocks to get started.

Congratulations to these Writers’ Program filmmakers for their awards in the following categories: 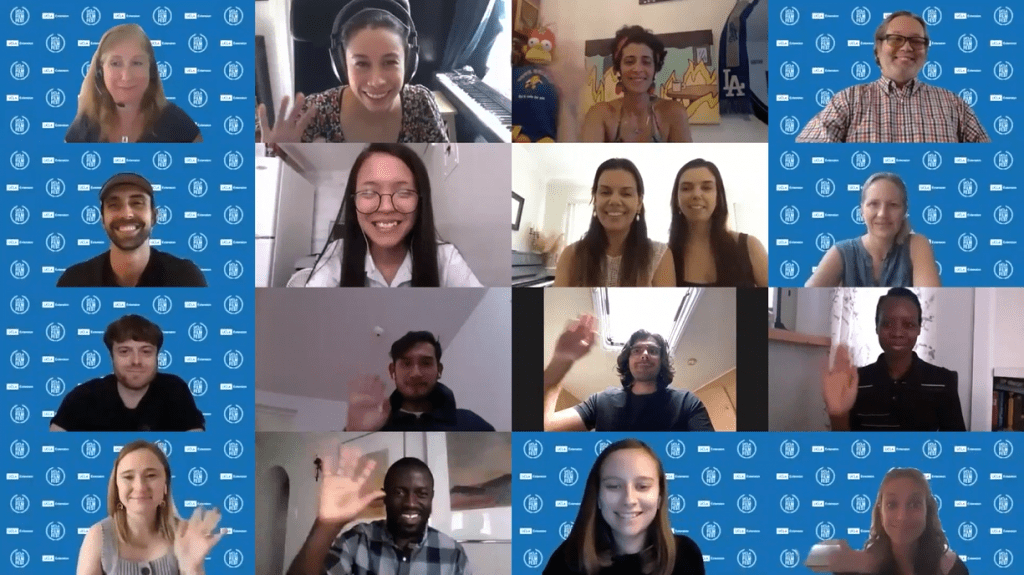 This annual event is free (with RSVP), and we’d love to see more Screenwriting students and their friends, family, and colleagues attend next year!