Starting A Literary Magazine: An Interview with Alexandra Hill

Certificate alumna Ola Jacunski, who writes and edits under the name Alexandra Hill, recently founded khōréō, a new magazine of speculative fiction by immigrant and diaspora writers. She spent her childhood taking solace in the pages of books; born in Toronto to Polish immigrants, then moving to Poland during elementary school, she never quite felt like she belonged in either place. Speculative fiction, where the writer must create a new world for the reader to inhabit as if it were their own, is a fantastic genre to explore themes of migration; however, immigrant and diaspora writers are still significantly underrepresented. khōréō wants to change that. 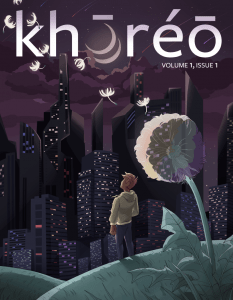 The idea for the magazine started germinating in January 2020, with an initial plan to open submissions in mid- to late-2021. But the Hugo awards ceremony in the summer of 2020 showed just how significantly the old guard of speculative fiction, which included numerous authors with racist, xenophobic, and otherwise harmful worldviews, is entrenched in the canon of the genre. The mission behind khōréō seemed more urgent, and the magazine began to come to life just a few weeks later.

The first step was to find a Board of Directors, a necessity to incorporate and file for 501(c)(3) status. Ola had completed a Fiction Certificate at UCLAx in 2019, and one of her favourite classes, Speculative Fiction and Magical Realism, was taught by Ploi Pirapokin. Ola remarks, “Ploi’s insightful comments and love of the genre pushed students to be better every single week, and she was the first person who came to mind for the Board. Her advice, excitement, and dedication have been instrumental parts of bringing the magazine to life.”

Next, Ola wanted to find a team. “The immigrant/diaspora experience isn’t monolithic,” she continues, “And even though I’ve experienced some of the stresses and questions of identity that come with immigration, they’re different from what, for example, an immigrant of colour might experience. There are countless immigrant and diaspora stories out there and we want to create a place that celebrates the similarities and differences between each of those experiences. That means this magazine couldn’t be successful without a diverse team to help bring it to life.” In August 2020, khōréō put out a call for volunteers that brought together a wonderful, diverse team of First Readers, Copy Editors, an Audio Director, and Editors. When khōréō opened for its first round of submissions on October 1, 2020, it received over 200 submissions.

The magazine is committed to the value of art and therefore paying all of its contributors. To help finance the first year of the magazine, khōréō is currently running its first Kickstarter campaign, until February 4th. While it met its base goal in just five days after launch and has since hit two other stretch goals, there are a few still to achieve, including funding audio recordings of all of its fiction, and a special illustrated, themed issue. 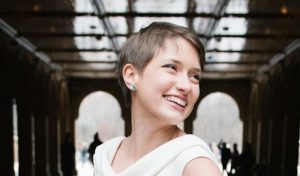 Regarding the funding of the magazine, and the effort involved in getting it off the ground, Ola says, “Ahead of starting khōréō I made sure that I had enough in savings to keep it running for a few issues if we stuck to a limited number of stories and lower pay rates for art and nonfiction – that way, I knew that I wouldn’t have contributors “waste” their work on a mag that promised to be pro rate and then folded after one issue. [Meeting the Kickstarter goal] means we can start thinking about Years 2 and 3 and beyond, as well as being more ambitious with our Year 1 goals. For example, I had planned to start audio recordings in Year 2 at the earliest – now, it seems pretty likely we’ll have them up and running in 2021. I’m really excited to see where the journey will take us, and that’s all thanks to the support of our backers and the rest of our future readers.”

For those thinking of starting a magazine themselves, Ola’s advice: give yourself time. “There will be lucky streaks and unlucky ones, so give yourself a long ramp-up period just in case your first attempt at fundraising doesn’t work out, or you’re slower to receive submissions. That might mean starting at lower pay rates, or with fewer issues or stories, and then having a vision of what to do next if things are moving smoothly or better than expected.”

She continues, “Also, find a team of advisors you can trust, whether it’s a formal board of directors or a group of friends. For example, I’m so thankful to my board for suggesting an offset submission schedule, where we publish 4 months after the reading period (so, read in October for publication in February), because three months would have been way too much of a squeeze to start. Ploi and Sanam Akhlagh, our other board member, helped keep me grounded – without them, this journey would’ve been much harder.”

Thanks to the hard work of its team, the first issue is ready to debut on February 15, 2021, featuring five works of fiction and one essay. The magazine current submission cycle fiction, nonfiction, and voice acting auditions is open until January 31, 2021; art submissions are open year-round. This is just the beginning for the magazine. In the future, khōréō hopes to shift to a more frequent  publishing schedule and pay its volunteers. To keep up to date on everything khōréō, you can follow the magazine on Twitter and Instagram at @KhoreoMag, or find them on Facebook at https://www.facebook.com/khoreomag.