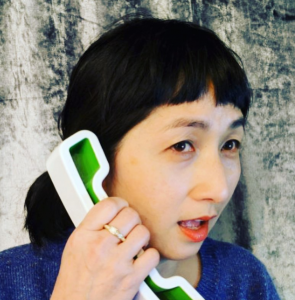 Former student Thuc Nguyen has had a busy year with her own writing as well as other projects. Of her recent experiences she says, “This year a couple good things happened: I got into Round 2 of the Warner Brothers – MACRO (#stayMACRO) – The BlackList Incubator with my feature Blood Drop Killers. I was also selected by Sandra Bullock to be on a roundtable of punch up of writers for her latest Paramount Studios film. She said she’s never done a roundtable for any of her projects before. It was a first!”

Of the Writers’ Program instructors and classes that helped most Thuc says, “Phil Eisner (Rewrite Class) because for Paramount I was paid to rewrite pre-existing work, along with other writers. And Dan Vining because he’s just awesome and has great philosophies about life. Anton Mueller worked for a studio and taught me about MacGuffins, so I sometimes remember to use his techniques when writing.”

Congratulations, Thuc! If you have a success story, we want to hear about it! Click here.