MFA, television writer/executive producer; WGA member who has served as a showrunner for seven cable and network shows, including Syfy’s Eureka and Freeform’s Pretty Little Liars. Mr. Craig was a writer and supervising producer for The X-Files (Fox), and as a writer and consulting producer for Invasion (ABC), among others. 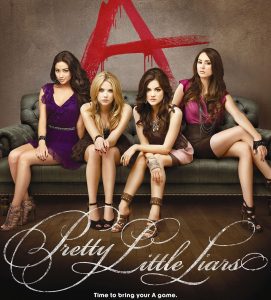 Having been a TV writer/producer for more than 30 years—which is like 125 in people years—I feel confident telling you that there’s a good reason you get paid more for your story in TV than you do for your teleplay: you deserve it. The story is more important. That may seem counter-intuitive—after all, the actors aren’t reading your outline on camera (which would be awesome)—but you’re never going to write good scenes that fit together in interesting, surprising ways if your story doesn’t work.

It’s also much harder to work on story than it is to write a script; in fact, working on story is the one thing that can actually make writing a script seem like something to look forward to.

The good news is that when you’re on a TV staff you usually get help on story: a writers room, hopefully comprised of some more experienced writers who can advise you on things like act breaks and A, B and C-story balance. The bad news: right now you’re not on a TV staff. Not yet. But you do have this class, and in it you’ll learn the basics of TV story construction while benefitting from our own writers room.

Sadly, no one can teach you to come up with good ideas, but you can learn how to turn those good ideas into stories; once you’ve done that, you might just discover that writing is fun.

“Charlie is a great teacher, he trusts us with our ideas and gives great advice on how to improve.” — Writers’ Program Student

Watch an interview with Charlie about television writing: