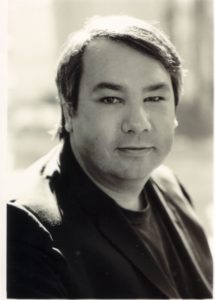 Screenwriter whose credits include Toy Story II for Pixar Animation Studios, Bruno the Kid: The Animated Movie, and episodes of the television series Duckman. An alumnus of The Second City in Chicago, Mr. Webb has won numerous awards for his satirical short films The Civil War Parody, a satire of the Ken Burns series The Civil War, and Camcorder Blues, a parody of home videos. 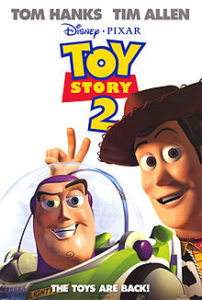 Teaching screenwriting is ultimately about helping students discover their own personal power. Because writing is magic. It is the ability to transform things that don’t exist in the physical realm—ideas and attitudes—and give them physical, tangible form. Being able to do that is a form of power, sometimes enough power to change lives. Jefferson’s writing changed the world. Shakespeare’s too. Sigmund Freud, Lincoln, and Woody Allen have all practiced magic simply by having an attitude about those around them and putting their thoughts to paper. But when people say “they can’t put it into words,” they surrender their power, their ability to make magic. Teaching writing is about encouraging students to nurture their feelings, cultivate empathy (or disdain) for their fellow man, and perfect their power to change others. Maybe only a little bit, like with a one-act play only 8 people will see, or maybe a lot, like a television broadcast that will touch eight million. No matter how many are exposed to your work, if you’re doing the writer’s job, your words will touch others and remind them of their humanity. But for all the high falutin’ talk, in my classes you’d never know we’re discovering our own power because we’re having too much fun laughing!

“I wanted to build a bookshelf for years. I had the idea of building a bookshelf. I had the hammer, nails, wood, and glue—Chris gave me the blueprint to put it together.” — Writers’ Program student