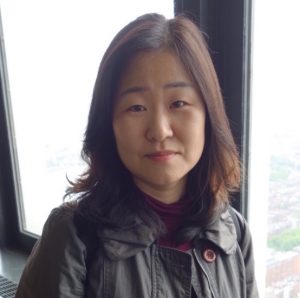 MFA, award-winning Korean writer and director whose films have been distributed to iTunes, aired on PBS, and garnered multiple awards including Cine Golden Eagle Award. Ms. Shin is a Film Independent Fellow and Caucus Foundation Grant recipient. She also received a writing fellowship from Korean Film Council and CAPE. Christine currently teaches film and television at California State University Northridge and serves on the board of Alliance of Women Directors.

It all began when I was eight years old. I watched Man, Woman, and Child at a small theater in Seoul. The film was about a happily married professor, played by much younger Martin Sheen, and his family was shaken by the sudden appearance of his illegitimate child. My aunt, on babysitting duty, took me with her, probably thinking I was too young to understand it, but I cried throughout the movie. I felt like I’d really gotten to know the characters, and that was the magical moment. Let’s tell the stories in which the audience can get emotionally engaged so that they can hope and/or fear for the characters. Your favorite movie also started with a writer developing an idea and writing those pages of the screenplay. I will be your supportive companion through this challenging yet exciting journey.