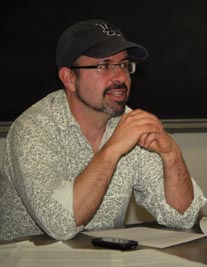 WGA, screenwriter whose feature film credits include Scary Movie and Scary Movie 2. Mr. Polsky has also written for Singled Out, South Park, Cedric the Entertainer Presents and Frank TV as well as the animated shows The Class of 3000 and Disney’s The Buzz on Maggie, for which he served as creator and executive producer. He has also sold pilots to FOX, CBS, Castle Rock, and Nickelodeon. 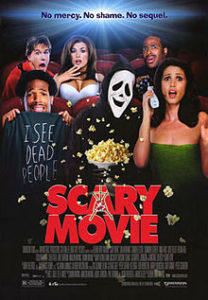 Lots of people are funny. And lots of people write good stories. The comedy writers who are most prized in Hollywood are those who bring both strengths to the table. I always begin my class by exploring which feature comedies are the students’ favorites, and invariably those that find their way onto most folks’ Top Five are the ones that got their laughs (no matter how lowbrow or profane) through an intelligently-told story with heart. The catnip for me as a teacher is to equip you with practical strategies to tease out the humor inherent in your concept and in your personal point of view, and to get all that good stuff onto the page with a clear sense of story to guide your way. And we do all this while cultivating a safe and relaxed atmosphere where helping one another and taking risks is encouraged. Because comedy writing should be fun, right?

“Dave Polsky is a very effective teacher. He is clear about the goals of the course and successfully carries them out. As a writing instructor, he is fair in his constructive criticism, while being inspiring, enthusiastic, and supportive. I feel as though I learned a great deal in his class. It is clear that he is knowledgeable in the subject that he teaches. I earned my MFA in film with a concentration in screenwriting and have spent many years in writing workshops. But by far, Dave is one of the best writing teachers I have ever had.” —Writers’ Program student