Television writer and WGA member whose credits include Star Trek: Voyager, for which he received a Sci-Fi Universe Award nomination. Mr. Elliot was a Story Editor on the WB series Savannah, an Executive Story Editor on the WB series Charmed, and wrote for the Disney Channel series In a Heartbeat. He is a recipient of the UCLA Extension Outstanding Instructor Award in Screenwriting. 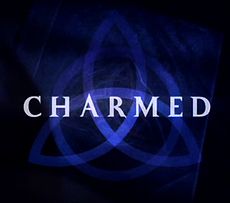 In today’s markets, writers of all kinds are burdened with the enormity of the rules of writing: how and when to place the first hook, close voice vs. distant, continuity of time and place, active not passive, show don’t tell, walk don’t run. The rules, while important to know, can press a beginning writer’s words into a hard-packed sameness. I want to teach writers how the rules apply. But more than that I want to teach them to turn the oppressive weight of the rules into a gentle guiding breeze, so that each writer’s voice emerges from that hardpack as fresh and surprising as a wild rose in the middle of a busy thoroughfare.

“Greg is clearly a smart person and prepared teacher. He is kind and patient, and an all-around pleasure to learn from. ” — Writers’ Program Student