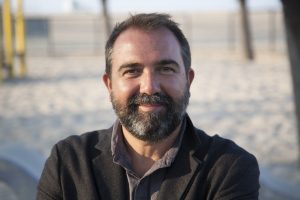 Executive producer and writer who graduated from the International Film and Television School in Cuba. Mr. Escalona is co-creator and co-writer of the upcoming HBO original series Mil Colmillos produced by Rhayuela Films. In addition, he is an executive at La PANDA Productions, a company involved in films such as 10,000km by Carlos Marques and La Camarista by Lila Avilés.

I firmly believe that the best way to learn about writing for television is by building the stories with the tools that professionals use and imagining yourself in the room pitching your show.

The Olympic legends always picture themselves breaking the record before actually doing the jump, practicing in their heads, and practicing at the field extensively before those few seconds at the actual games. That is my conception of how learning occurs—imagining that you already are a television writer. In class, I’ll bring you the tools necessary to create and develop television content for the international market. We’ll create a plan to get you writing what you need to access the new global and booming television market to pitch your ideas and projects.