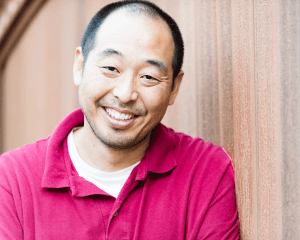 MFA, award-winning screenwriter/producer/novelist and WGA member, whose feature credits include Skeletons in the Closet, Commando, Dying to Kill, Monsters & Me, #1 Serial Killer, The People I’ve Slept With, and Haunted Highway. Mr. Sakai has produced a comedy special for Netflix and the comedy series, Comedy InvAsian, which premiered on Peacock.

I have been writing screenplays for over almost twenty years. That just a fancy way of saying that I’ve written a ton of scripts—some of which have been produced and most that have not. My passion for screenwriting is only matched by my passion to teach others how to write scripts for film and television. I believe that anyone can be taught to write a script. It just takes a little bit of learning and a lot of passion. I can’t teach passion but I can help you learn the fundamentals of how to write a screenplay. My goal is to inspire and empower you to write your own stories so that you can one day see it on the big screen!