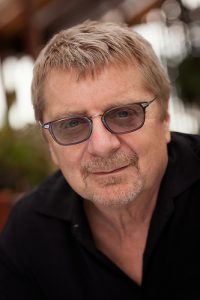 Best-selling true-crime writer, novelist, screenwriter, and film and television producer. Mr. Cauffiel has appeared on MSNBC, Court TV and A&E, and has produced and appeared in dozens of documentaries about his books. He was also an award-winning writer for The Detroit News and Detroit Monthly Magazine.

Writing is not a natural bodily function. Writers not only face challenges with creativity, structure and relevancy, our attitudes and approaches to the physical act of writing often provide even bigger problems in the writing process. Insecurity, resistance, procrastination, creative blocks, financial pressure and fear of criticism scuttle more writing projects than we like to think. I found this true not only for myself, but also among many colleagues across a career that has spanned four decades in journalism, best-selling books and screenwriting. However, over the years, I’ve also noticed that prolific professionals all have developed remarkably similar habits and mind-sets to get the job done. Therefore my approach to teaching is a holistic one. I like to develop in a student not only the art and mechanics of telling a great story, but empower a new writer to think and work like a pro – a crucial step in having him or her writing like one as well.